Out of 20 fisherman there were eight zeros and most of the fish that were caught were small. 40 fish weighed in at an average of a little over a pound. Like I said it was a tough day at the Rez. Larry Coleman and Ronnie Newton found nine fish that weighed 13lbs 13ozs for the first place win. Larry also had the Big Bass of the day which weighed 4lbs 13ozs. Robert Nunnery is still on a roll. He was fishing by himself because he had to leave early, but found one decent fish that weighed 4lbs 12ozs to go with 4 smaller ones for a weight of 10 lbs 11ozs, ( I wrote down his weights as he measured them) and his draw partner, Jeff Mason’s weight of 1lb 12oz brought their weight to 12lbs 7ozs for a second place win. Good job on a tough day!
Oh, did I forget to mention most everyone got WET!!!
-Jimmy 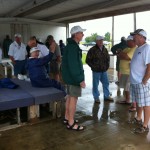 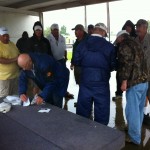 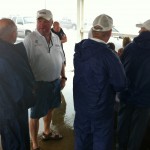 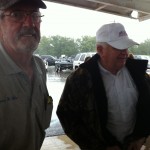 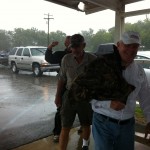 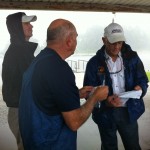 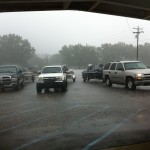 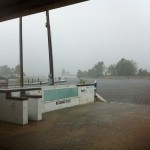 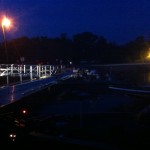